Sending bricks to Donald J. Trump and making him pay!

We still honestly don’t know how the Republican candidate for president, Donald J. Trump will make Mexico pay for “the wall”, but one frustrated citizen from San Jose showed creativity and has ideas.

At first, it looks like he is helping him with the wall but pay closer attention. The guy is shipping back bricks, with a prepaid postage (from the campaign fund) that was sent to him to ask for campaign support. Now include the variable that he is shipping bricks, and you get the idea how much it is costing Trump’s fund! 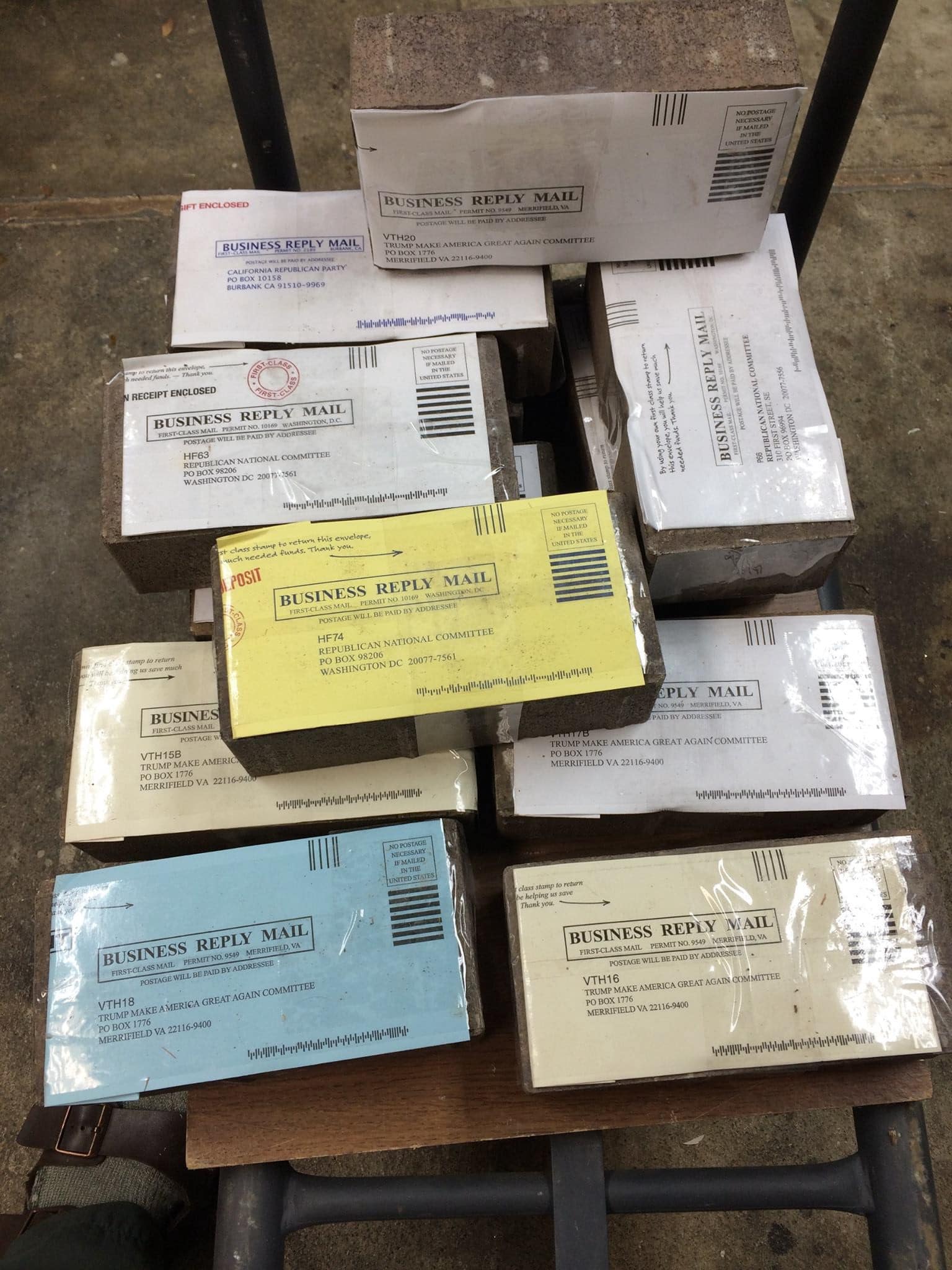 “Donating to the Donald again. About my fifth load of bricks for the wall, postage paid by the Donald and or his GOP folks.”

If this idea spreads a lot looks like the post workers will have to carry a lot of bricks.