Future of Gaming How Accurate They Were 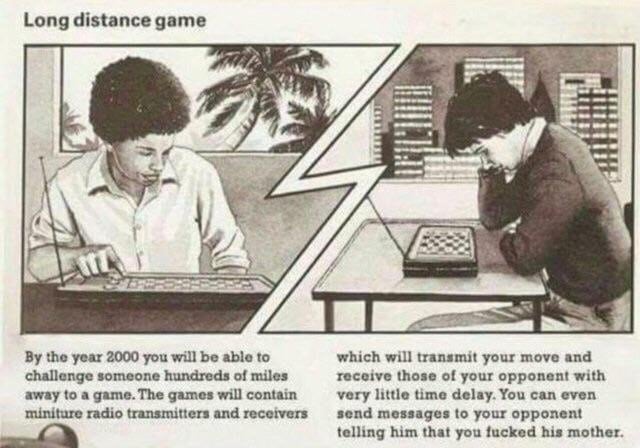 This Illustration from 1982 about the Future of Gaming reminded that growing up I had a great chess book from the 70s. Near the back it talked about the future of the game, mentioning computer versions. It stated something to the effect of “computer AI will never be able to play chess, because it’s too complex.”

As someone who grew up in the early 90s, I am amazed at how far we have come. I remember I was in my teens when the first Counter Stike came out. It was so advanced that everyone said that hardware cannot get better to improve it. I believe people who had thousands of dollars to spend for computer pulled it off but it was still impressive. While playing I remember thinking that this was it, but we had hit a point where no matter what Counter-Strike would look good or not we are so far from that now. I also remember playing Tomb Raider in 2001-ish and telling everybody that someday the shooting scenes will be gameplay graphics and we have far surpassed those.

Now I look at games today and honestly can’t imagine better. Everything is detailed down to hair and teeth these days, how can I be better than that? In next few years, I imagine VR will have a huge role in gaming but is there an actual stopping point graphically we will hit? I was never a big gamer but I imagine myself laughing at how pathetic the graphics were in 2015 when I am 40s old playing on the PlayStation X. Perhaps the PSX commercial they made back for the PS2 launch isn’t that far-fetched.

Anyway here’s the original picture that I found from 1979’s newspaper. 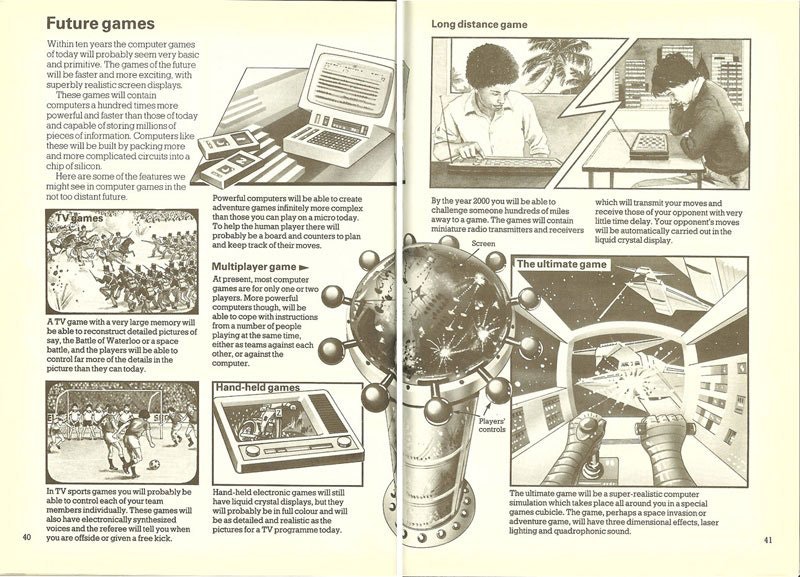 Illustration from 1982 about the Future of Gaming

There are too many sources for this picture, I could not find the original one to link.