This Guy Paid For His Pizza After 13 Years 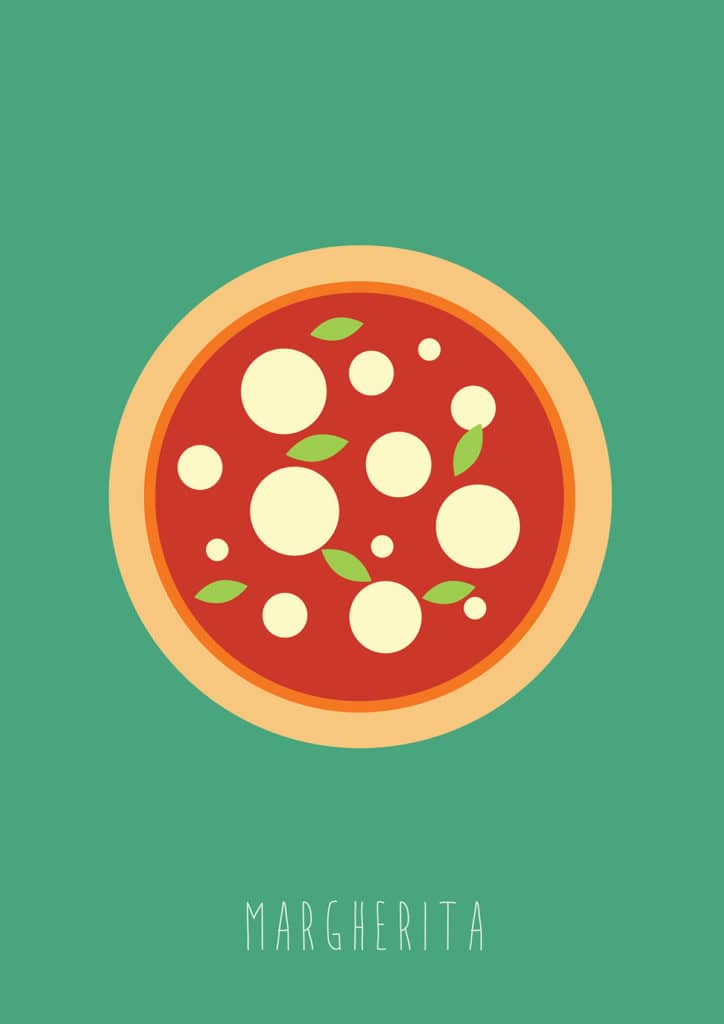 This guy paid for his pizza after 13 years, back in 2002 a man who was going through a very difficult financial time went to a pizza place and ordered a pizza for his family, a pizza for which he paid with a check that he knew that it’s going to bounce.

After some years he was already established with his own company and was in better financial condition, however, he never stopped feeling guilty. He went to the pizza place a few times but could not bring himself to ask for forgiveness, feeling embarrassed.

And after 13 years he pays his bill with 8% interest compounded yearly for 13 years.

Back in 2002, I bounced a check at your pizza shop. I was going through a very difficult time financially and was at the end of my rope. I had no money and a hungry child at home, so i wrote a check that I kew it would not be honored by my bank. I’m not making excuses for my bad at my behavior, just applying some context.

I think of this often and im incredibly ashamed and embarrassed at my behavior. I have visited your store several times in the last few years and have always wanted to confess and ask you to forgive me, but I have not been able to summon up the courage, so I just eat my pizza and leave.

l have worked hard and built up a solid business over the last decade and feel that it is my responsibility to remedy this situation. I hope there are no hard feelings.

I’ve enclosed a money order for $54.39. I came to this amount by assuming the original order was $20 and then adding 8% interest compounded yearly for the last 13 years. 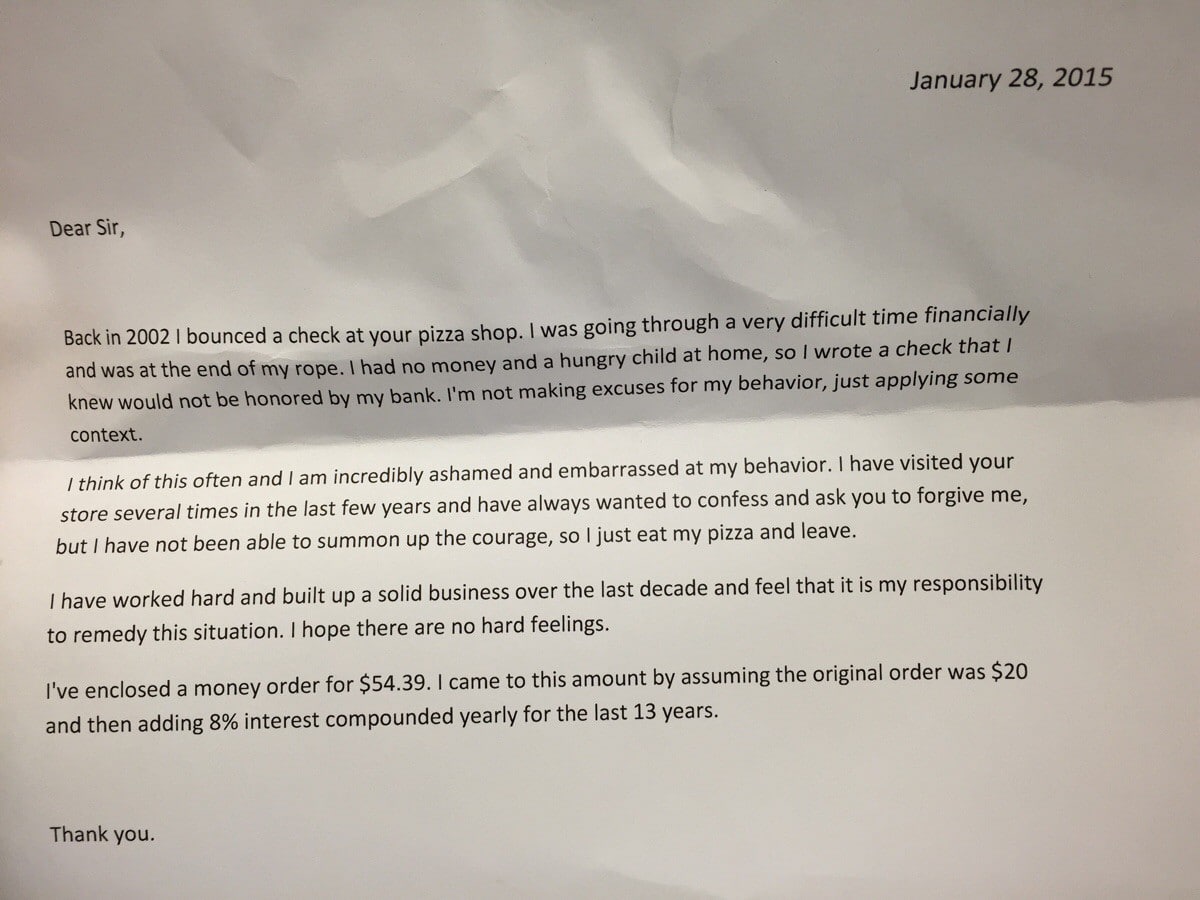